The socioeconomic impact of traffic accidents with children in Spain is €700 M, according to a study by the London School of Economics commissioned by the Abertis Foundation 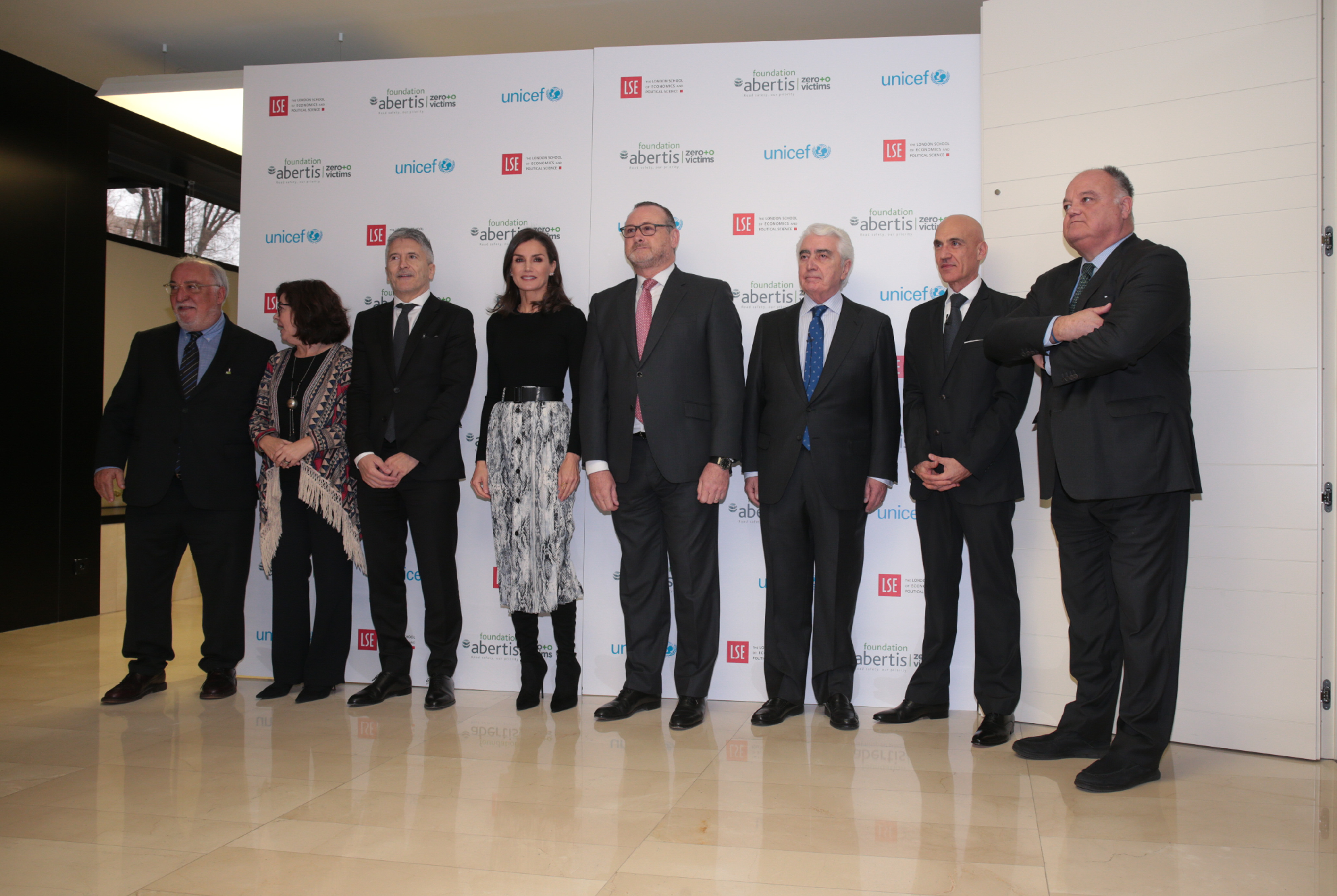 The socioeconomic impact of traffic accidents with child victims in Spain is 770 million dollars (about 700 million euros) per year, about 16.68 dollars (15.08 euros) per capita. This is demonstrated by the report The impact of traffic accidents with child victims, carried out by the London School of Economics and Political Science (LSE) in eight countries of the world commissioned by the Abertis Foundation, which has been presented today in Madrid.

The socioeconomic impact of traffic accidents with child victims in Spain is 770 million dollars (about 700 million euros) per year, about 16.68 dollars (15.08 euros) per capita. This is demonstrated by the report The impact of traffic accidents with child victims, carried out by the London School of Economics and Political Science (LSE) in eight countries of the world commissioned by the Abertis Foundation, which has been presented today in Madrid.

The study has been presented today during the celebration of the Global Forum on the Socioeconomic Impact of Traffic Accidents with Child Victims, which, under the motto ‘Every child counts’, has been organized by the Abertis Foundation in collaboration with UNICEF. The act has been chaired by Her Majesty the Queen.

The report aims to provide information on the socioeconomic cost of traffic accidents that affect this vulnerable group in the eight countries, as well as pointing out measures that can be taken to reduce the mortality rate in countries with different levels of wealth. These include new and improved road infrastructure, educational campaigns aimed at children and the community, and the application of sanctions, among other actions.

José Aljaro, CEO of Abertis, while inaugurating the act, has affirmed that ‘road safety has become a global priotity due to road accidents, which cause the death of 1.45 million people every year throughout the world’. Aljaro has underlined the high medical, production and human costs of accidents suffered by children in France, Spain, Italy, Chile, Brazil, Argentina, Puerto Rico and India, and has reminded of the Abertis Group’s commitment to contribute to improving road safety in its toll road network worldwide.

On the other hand, Dr. Alexander Grous, professor and researcher of the LSE and author of the report, has pointed out ‘how disastrous traffic accidents can be in children, their families and the community’. ‘In the poorest countries, children with serious injuries and disabilities caused by traffic accidents often push their families into poverty by being forced to spend their savings, sell their property or quit their jobs to take care of them permanently’, Dr. Alexander Grous has warned.

The researcher has explained that ‘with this report we go in depth in the details of the costs of medical and psychological attention, rehabilitation and the care of children at home, which can have a serious effect on the mental health of affected children, but also of their families’.

As Gustavo Suárez Pertierra, president of UNICEF Spanish Committee, has recalled, ‘because of traffic, millions of children have their rights to education or health, to move freely and even to play, cut short; therefore, we must work together to prevent and reduce traffic accidents and their consequences for children, providing safe routes to school for all children, achieving safer school transport, enhancing the use of the helmet and implementing awareness campaigns and road education in schools’.

An awareness and motivation action

The celebration of this forum and the global presentation of the report are a starting point to promote greater road safety and thus reduce the impact of traffic accidents on children.

At the same time, the report warns of the need to increase global investment in infrastructure. The investigation has detected that this is one of the most effective measures to influence the reduction of traffic accidents, one of the United Nations Sustainable Development Goals (SDGs).

After analyzing the recorded traffic accidents and the most recent country data at the time of its elaboration, the study estimates that, if the best practices in the prevention of traffic accidents were adopted, 1,342 lives could be saved, with a reduction of 5% in high income countries and 10% in middle or low income countries. This quantity is equivalent to a reduction of the global socioeconomic cost of 1,000 million dollars.

The report, made by Dr. Alexander Grous, is the result of 12 months of work, with nine months of intensive research to obtain data from medical information from hospitals and the main trauma centers in the countries evaluated.

For each country in the sample, the study offers a socioeconomic impact figure that collects the medical, administrative, production and human costs associated with accidents involving child victims, as well as the material damage they cause. In its calculation, the researcher has taken into account variables such as the periods of rehabilitation of those affected, the cost of their prosthesis and the patterns of family care of children and young people injured, among others.

The most relevant findings of the report have been commented during the event, in a colloquium formed by Pere Navarro, General Director of Traffic; Gustavo Suárez Pertierra, president of UNICEF Spanish Committee; Sergi Loughney, director of the Abertis Foundation, and Dr. Alexander Grous, who has estimated at 21,800 million dollars the annual socioeconomic cost of traffic accidents suffered by children in the eight countries in the study.

For Abertis, the world’s leading operator in toll road management, road safety is a priority. The Group has more than 60 years of experience in management and maintenance, with the aim of reducing the number of victims in its toll road network every year until reaching the goal of zero victims.

Thanks to the efforts made, in 2018 the accident rate on the whole of the Abertis toll roads in the world was reduced by 6.4%, while the mortality rate decreased by 10% in comparison with the previous year.

Abertis collaborates with multiple international organizations that promote solutions to this global problem. The company is adhered to the Connected Citizens program of the Waze application in seven countries (Spain, France, Italy, Brazil, Chile, Puerto Rico and Argentina), with the aim of sharing information to improve driver’s road safety.

Moreover, through the Abertis Foundation, the Group conducts education and awareness campaigns in all the countries in which it is present. The Abertis Foundation, a member of the United Nations Road Safety Collaboration, conducts education an awareness campaigns such as ‘El Apagón’ or ‘#PuedoEsperar’, and other projects that aim to palliate the lack of safe infrastructure such as the ‘Rights of Way’ project in collaboration with UNICEF, which focuses on improving the behavior of drivers and pedestrians, and promoting compliance with child road safety laws.

About the London School of Economics and Political Science

The London School of Economics and Political Science (LSE) studies social sciences in its broadest sense, with an academic profile that covers a wide range of disciplines, from economics, politics and law, to sociology, information systems and accounting, and finance.

The school has an excellent reputation for its academic excellence and is one of the most international universities in the world. Its study of social, economic and political problems focuses on the different perspectives and experiences of most countries. Since its foundation, the LSE has intended to be a social science laboratory, a place where ideas are developed, analyzed, evaluated and disseminated throughout the world. More information on the website http://www.lse.ac.uk