MEETING OF THE ABERTIS FOUNDATION WITH HENRIETTA H. FORE, EXECUTIVE DIRECTOR OF UNICEF 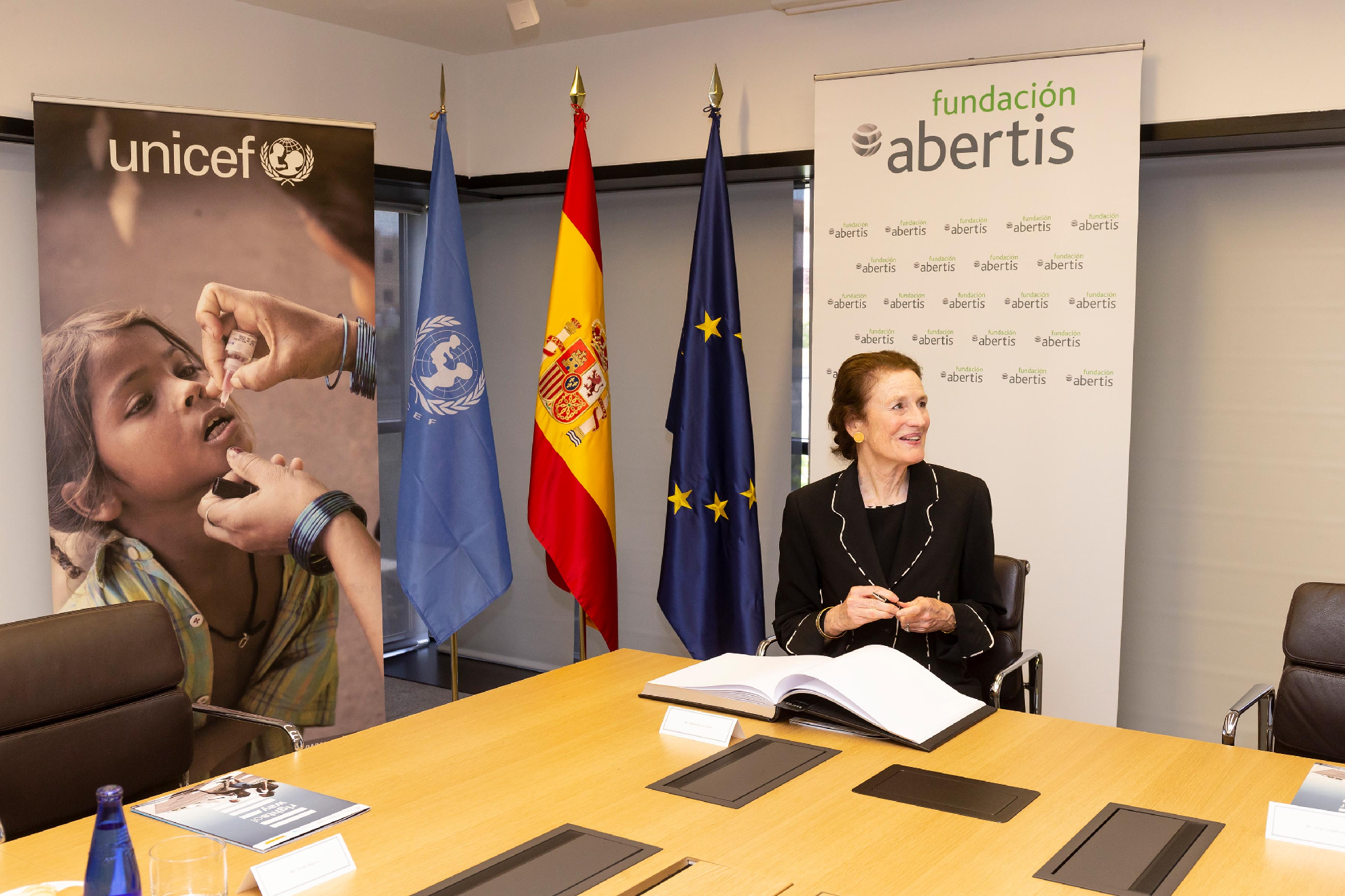 During the meeting, the impact of the UNICEF partnership with Abertis to prevent road accidents among children was presented.

As part of her institutional visit to Spain, the Executive Director of UNICEF, Henrietta H. Fore, had a meeting yesterday with the Abertis Foundation, at the headquarters of the Abertis Group in Madrid. At the meeting were present, in addition to Henrietta H. Fore, the director of the Abertis Foundation, Sergi Loughney; the assistant director of the Fundació Institut Guttmann, Montserrat Bernabeu; and the executive director of the UNICEF Spanish Committee, Javier Martos. During the meeting, the executive director of UNICEF highlighted the positive impact of the partnership between UNICEF and Abertis to prevent traffic accidents in children, as well as the value of this collaboration in terms of the benefit to society.

The objective of the "Rights of Way" project, promoted by Abertis and UNICEF, is to promote actions that contribute to improving road safety and reduce the impact of traffic accidents in children, which represent the leading cause of infant mortality in the world. This alliance aims to strengthen and expand UNICEF’s work to protect children on the world's roads and provide a safe route to school. UNICEF considers Abertis a valuable ally, given its commitment to road safety and its program of campaigns adapted to the needs of the most vulnerable road users.

Since its inception in 2017, the "Rights of Way" project is being implemented in countries with high levels of child road accidents. So far, it is being developed in 65 schools in high risk areas, helping to improve the safety of about 267.000 children in Jamaica and the Philippines, where the programme was launched. Soon the project will also start in Brazil.

For its part, the Institut Guttmann collaborates through medical teams specializing in neurological injuries, who travel to the program’s countries to conduct training sessions for local doctors on best practices for the prevention and treatment of road traffic injuries.